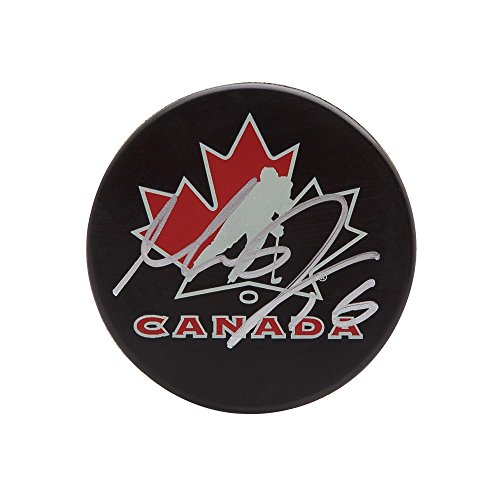 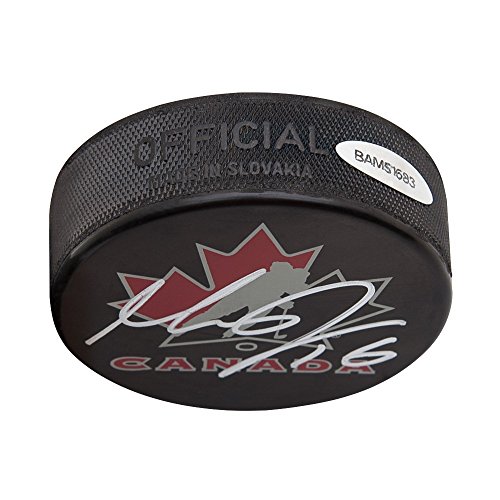 Aside from his NHL career, Max Domi has made an impact representing his home country of Canada on both the junior and senior level. Domi was born in Winnipeg, Manitoba and grew up a fan of the team his father player with for many seasons – the Toronto Maple Leafs. Domi played alongside NHL stars such as Connor McDavid, Anthony Duclair and Sam Reinhart at the 2015 World Junior Ice Hockey Championships. Canada defeated Russia by a score of 5-4 in the final to win the tournament. Domi played in all seven games and recorded five goals with five assists as well as an impressive +10 in the stats column. Domi has signed this official Team Canada logo puck made in Slovakia in silver paint pen. Domi’s signature was witnessed under UDA’s Five-Step Authentication Process.Autographed, Signed Authentic Sports Memorabilia sold by Game Day Legends
For Limited Edition (LE) Items listed, you will receive a random number from the edition.